Hydropower Part I: Application and Equipment

In Part I of the Hydropower series, we dug into the types of hydroelectric energy generating methods and types of turbines for different application purposes.

Hydropower is one of the oldest and largest energy sources for producing electrical energy. Hydroelectric power plants generate approximately 16% of all electricity worldwide. The volume of the water flow and the change in elevation, often referred to as head from one point to another, determine the potential energy in moving water. Generally, the greater the water flow and the higher the head, the more electricity a hydroelectric power plant can produce.

Hydroelectric power plants can be categorized as two by means of energy-generating methods:

Storage systems, where water accumulates in reservoirs created by dams on water streams and rivers and is released through hydroelectric turbines as needed to generate electricity.

A run-of-the-river type plant is a facility that channels the flowing water from a river through a canal or penstock to spin a turbine. Generally, these plants have no or very limited water storage facility compared to dams.

Turbines, generators, powerhouses and transformers are common equipment for both storage and run-of-the-river applications. The difference between run-of-the-river compared to storage types is that they primarily use the natural flow rate of water to generate power instead of the power of the water falling a large distance.

Radial (sluice) gates are electromechanical units used in dams and canal locks to control water flow. They are used to transfer water to turbine units and are also used to discharge excess water. Typically hydraulic systems are used to open and close the gates.

Surge tanks are applied in hydroelectric power plants with long water vessels to reduce pressure forces during the acceleration of the large water masses. They are built as intermittent water reservoirs close to the turbines, either with open access to atmospheric air or a closed volume filled with pressurized air. Surge tanks are one of the methods to prevent the water hammer effect.

Penstocks are long channels (or pipes) that carry water down from the reservoir to the turbines inside the powerhouses. They are generally made of steel. Water under high pressure flows through the penstock. The amount of water passed through the penstock is generally controlled with a sluice. Sluice is a gate that can be raised and lowered to increase or decrease the amount supplied to turbines.

The most commonly used turbines are Kaplan, Francis, and Pelton. The type of hydropower turbine selected for a project is generally based on head, flow rate at the site, how deep the turbine is installed, turbine efficiency, and cost.

The Kaplan turbine is a type of reaction turbine, both the runner blades (propeller) and the wicket gates are adjustable, allowing for a wider range of production control. They are efficient for low head / high flow applications. Kaplan turbines rotate at a constant speed ranging from 50 to 450 rounds per minute.

The Francis turbine is also a reaction turbine, usually having nine or more fixed runner blades. They are also equipped with wicket gates to control the operation and are commonly used for medium to high head/medium flow applications.

The Pelton turbine is an impulse type of turbine where these turbines generally use the velocity of the water to move the runner and discharge at atmospheric pressure. Pelton turbines are usually used for very high heads and low flows.

A critical component of Kaplan and Francis turbines, Wicket gates allow water to flow into the runner chamber. The primary function of wicket gates is to change the angle as per the requirement to control the angle of striking of water to runner blades to increase the production efficiency. They also regulate (with the help of adjustable guide vanes) the flow rate of water into the runner blades, thus controlling the power output of a turbine according to the load on the turbine. The regulating mechanism of the wicket gates consists of servo motors and a hydraulic governor, which controls the angle of the guide vanes.

Runner blades are adjustable propellers (fixed for Francis turbines) that are also regulated by servo motors to control the production output. Blades are usually in between two to eleven meters. Water exits the turbine from these blades to the draft tube, releasing water to the downstream river.

Hydraulic power units, also called governors, are responsible for regulating the speed of runner blades via controlling wicket gates. When the governor is regulating the active power, it adjusts the wicket gate and runner blades to a reference value and when the reference value and actual value are the same, it stops the oil supply to the servomotors, and the regulation stops.

Hydro turbine gearboxes, which sit in between turbine and generator, are used for increasing the speed of turbine output and then convey it to the generator. Gearboxes are designed for continuous operation with a special oil supply.

A typical generator consists of a rotating part (rotor) and a stationary part (stator) that surrounds the rotating part. Hydroelectric generators convert flowing water’s mechanical energy into electricity. The rotor is attached to the main shaft and rotates at the speed of the turbine or the gearbox. In a generator, electromagnets are made by circulating direct current through field poles, which are mounted on the perimeter of the rotor. During the rotation, it causes the field poles (the electromagnets) to move past the conductors mounted in the stator. This leads electricity to flow and a voltage to develop at the generator output terminals, which is then transferred to the transformers.

A hydropower transformer converts the generator output current for travel through transmission lines to the national grid, where it is then distributed for domestic and industrial use. It converts the alternating current that the hydroelectric power is generating into a high voltage current.

An automatic voltage regulator is a solid-state electrical device that helps a generator stabilize its voltage. It senses changes in the generator output voltage and causes a change in field resistance to keep the output voltage constant.

In Part I of the series, we have talked about the types of hydroelectric energy generating methods and types of turbines for different purposes of applications. Also mentioned are the mechanical and electrical components of hydroelectric power generation. In Part II, we'll detail monitoring and predictive maintenance of the hydroelectricity generating process and critical equipment. 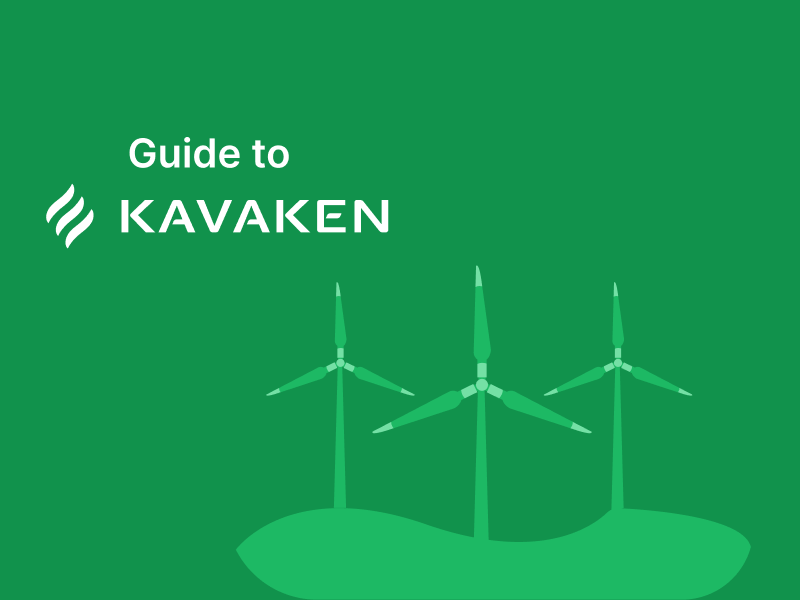 Knowledge Base
Kavaken's Predictive Maintenance Part I
Learn about the intricacies of predictive maintenance. 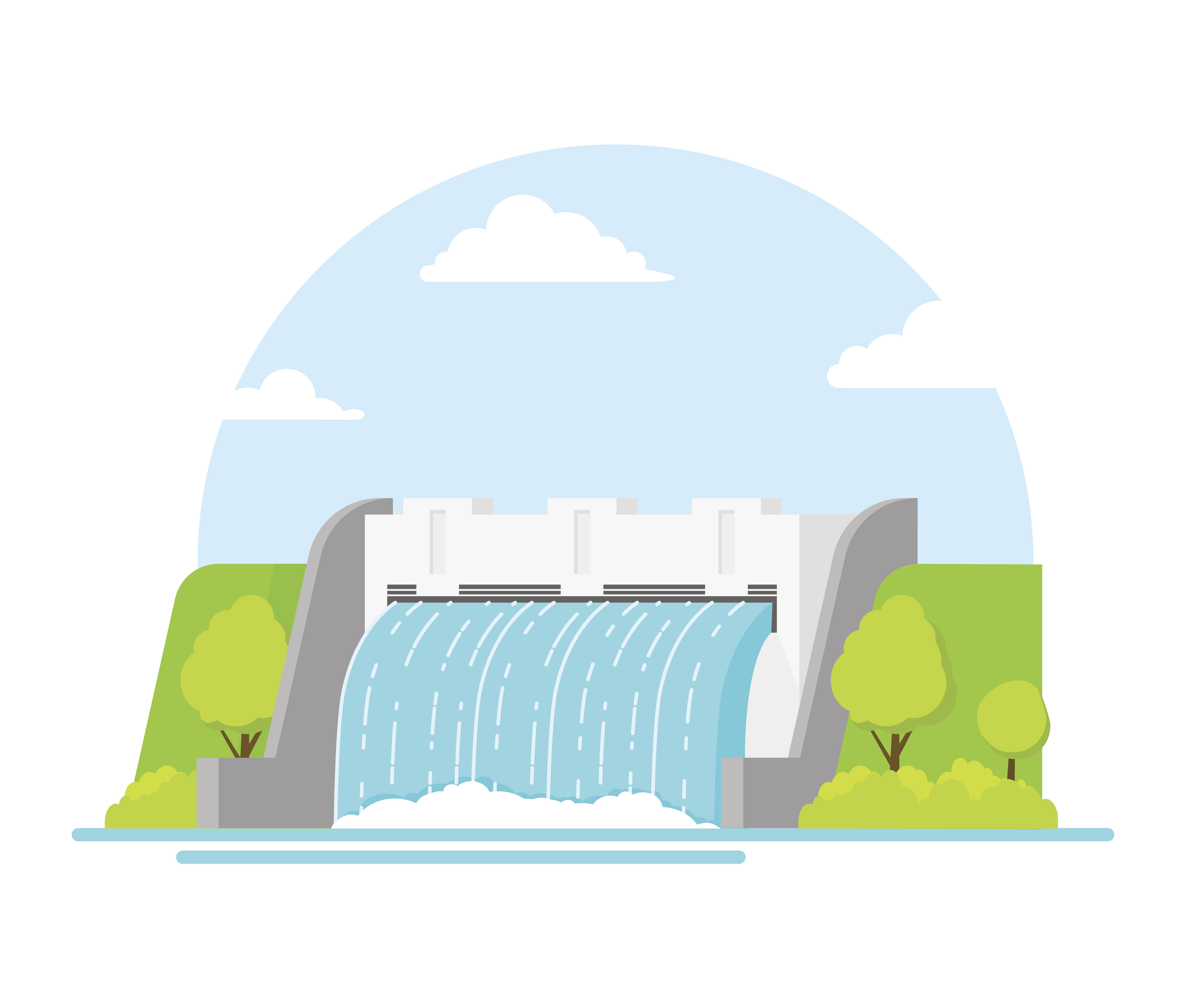